The Impact of Inflation on Startup Formation

Startups are companies or projects established by entrepreneurs to seek, develop and pursue a scaling and rapidly-growing business model, ultimately refreshing the industry and challenging its norms. They are perfect for self-driven, conscientious and passionate people with great ideas.

One consideration to bear in mind before deciding this is the right choice for you is that of the impact of inflation on a startup’s formation. Inflation in the US has been steadily increasing since the troughs induced by COVID-19, and has comfortably settled at a stable rate of around 5.4%. But what does this mean for potential startups?

A History of Inflation and Startups

Inflation is the sustained increase of the average price level of an economy, accompanied with a fall in the purchasing power of money. The last ten years in the US have been a dream for startups; entrepreneurs have not had to worry about the impact inflation could have on their brain-child.

Furthermore, ever since the 2008 recession, the globe has experienced its most prolonged economic expansion in history. This is perfect for entrepreneurs as it provides them with low interest rates, and an abundance of cheap money gives startups the fuel they require for their business plans.

Simultaneously, the digital revolution has slashed the costs of startups for entrepreneurs. Where would-be entrepreneurs were required to acquire real estate, machinery and a sales team, services can be provided online from one’s bedroom, and marketed through social media much more effectively. This saves time and money and is overall more efficacious.

The low unemployment rate that was present throughout the past decade has just been a cherry on top of the cake for startups; it was stable at around 3.5% in the US. A strong labour market such as this bodes well for the creation of startups since owners know in the back of their mind that if things turn for the worst they can rejoin the corporate world fairly easily.

This period was marked by strange outliers in economic theory. Moreover, economists would suggest that low levels of unemployment should always cause inflation to spike, yet this did not happen. This left entrepreneurs in the optimal position of having the upper hand in hiring workers, without a sharp demand in salary increases as economic theory would suggest.

But this is not the case anymore.

How Current Inflation Could Affect Startups

Over the past twelve months, the rate of inflation has shot up from under 2% a year ago to over 5% by August 2021. The difficulties that this increased rate of inflation will cause for startups can manifest in several different forms. But at a basic level, inflation is likely to put many newly created startups out of business and deter the creation of even more.

First, a business’s operating costs will increase. If the general price level is increasing (i.e. if inflation is occurring) then the input costs associated with startups will soar. This refers to anything a business may buy on a recurrent basis, from general expenditure such as electricity and real estate, to the specifics of the industry the startup specializes in.

Second, the salaries a startup must pay its workers will increase. Some states mandate businesses to raise their employees’ salaries along with inflation, but even if the law does not make businesses liable to do this, employees might try to. This is because their input costs will rise along with inflation as well, and if the startup does not want its workforce to leave it must listen to them.

The third impact is the hidden rise that occurs in taxes. If a startup’s costs of operation rise it will be necessary to raise its prices as well if it wishes to remain at the same level of profitability. That means a higher turnover, which could shift a startup into a higher tax bracket. If the government has not adjusted these to inflation it could leave a startup paying more taxes in real terms despite not actually earning more.

Inflation has created a difficult environment for businesses, and one that is not conducive for new startups. As incumbent businesses get to grips with the aforementioned problems with inflation, it is unlikely many new startups will be created during this period of inflation for the same reasons. It is also worth considering that since more people should be in work (economic theory suggests high inflation is always accompanied by low unemployment), people might not have the time to be creating startups anyway. 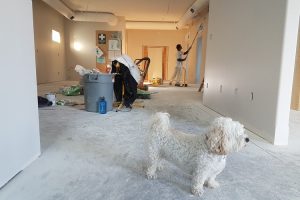 9 Do’s and Don’ts of Home Remodeling 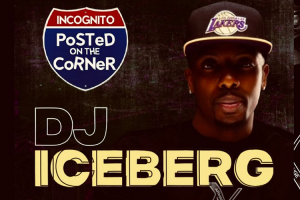 SaaS Developers for Hire: Where to Find and How to Choose the Most Competent Specialist