What is DevOps? What are the principles of DevOps?

There are many thoughts as to where DevOps originally stemmed from. Some of the people involved in the preliminary inception of DevOps as a practice were system administrators. It is thanks to these early adopters that many ESM methods were integrated into DevOps. Configuration management, system monitoring, automated provisioning, and the toolchain approach are just four of the ESM processes that were incorporated into DevOps in its early days.

DevOps can also be interpreted as an outgrowth of agile software development ASD involves close collaboration of consumers, those in product management and developers, and service delivery. Looking at DevOps from this development perspective, DevOps could be seen as an extension of Agile principles to applying to the entire business rather than just one aspect.

DevOps is a combination of the words development (Dev) and operations (Ops). DevOps represents the union of people, processes, and technology in business, in order to continuously provide value to its customers. DevOps means that roles that were initially ‘lone wolf roles’, such as IT roles, engineering, and building security; began to be intertwined with each other and other roles in the business. The key principle and eventual outcome of DevOps is simple collaboration and coordination within the company, in hopes of producing better, and more reliable products.

When a company adopts the principles of a DevOps culture; the relevant teams gain the capability to respond more efficiently and productively to consumer wants and needs, and eventually increase business productivity and overall business performance. Improved collaboration is integral to business performance and achieving business goals. DevOps accelerates overall performance, maintains stability, and reduces overall recovery time in the case of an economic slump or downturn.

Below I will detail seven key principles of a DevOps culture and how to implement DevOps in your business, and how it will help the growth and productivity of your business as a whole.

The main principle of DevOps is collaboration. It is the combination of executive power, developmental processes, operations, and all other contributors to production into one collaborative and unilateral team. This team can then more effectively focus on effectively reaching shared goals. In order for a business to reach this optimal level of teamwork, they need push communication, the sharing of ideas and solving problems together as a team, rather than as lone wolves. Working like this will create a new focus on the needs of the customer and the business as a whole rather than the selfish ‘me’ attitude that is so commonplace in many work environments today.

Developing and maintaining this collaborative atmosphere is based on a cultural shift within a company, and the destruction of the popular selfish working ways. It is hard to achieve a shift in culture, and it must begin at the top with the executives; called a ‘top down’ approach. The employees below the executives will not begin to change their own culture and influence the people around them, until they see that the people above them are doing it first.

Responsibility is a concept that is not readily accepted by a lot of employees these days! Enforcement of responsibility of ALL people involved in the process and development of a product or service is key to developing a successful DevOps culture. If the team all works together in the development of a product, but only one person gets credit or is held responsible for a fault at the end of the process; the culture will simply revert back to its original ‘me-centric’ ethos, and your DevOps venture will fail.

Enforcing universal acceptance of responsibility will mean that the whole business and team will have to constantly acclimatize to new developments and changes in the world around them; whether that might be the development of brand-new technology, new consumer wants and needs, or changes in legal obligations or legislature. The principle of DevOps culture centres on a business’ focus on non-stop development and improvement, in an effort to optimise function, raw costs, and rate of delivery.

DevOps unifies its teams in their efforts to support uninterrupted and continual integration and ongoing delivery pipelines through using the most efficient processes; including but not limited to automation. These processes facilitate overall efficiency in the business as a whole and contribute to continuous improvement and development.

In order to achieve a true DevOps culture and achieve continual and ongoing improvement in both product development and production, businesses must look into the availability and potential use of automation in their processes. Some might be thinking that this has the potential to defeat DevOps culture by taking the personal touch out of it, but it actually is central to DevOps. Streamlining a business through automating processes will make your business more efficient and productive, and results will be much easier to not only achieve results, but for the team to see results. A team that sees their results will be motivated to continue working in the same way that got them those results to begin with, and actually become more productive in the long run.

There have recently been notable developments in automated tools to streamline processes in many businesses, as it has been recognised that automation is a key step towards the ability to rapidly release new goods and services to consumers. This structure of automation can include the building of products by robotic devices, AI development, software deployment and automatic testing rather than human testing to verify function and security. Computers and robots are much faster and less prone to human error when it comes to constructing and testing products than a human would be.

However, when using automation to streamline processes; it is crucial for humans to correctly programme and capture all of the steps necessary for automated devices to safely complete these processes. By automating some of the steps involved in production processes, computers and robots can be trained to construct and test software and products more quickly, in a safer way, and more consistently than ever before.

The culture of DevOps centres itself around the assumption that its business will act like a small start-up company with limited resources, continuously trying to streamline and cheapen production; all while trying to improve and strengthen its product. This should lead to constant innovation, and an ability to instantly switch up a strategy or process when it is proved to be inefficient or not profitable. All of these should lead to a sharp uptake in overall customer satisfaction; because DevOps teams should always have a central priority of customer wants and needs.

DevOps teams must always be aware of the fickle and constantly changing consumer demands. Data and reviews of products and services offered must be gathered and reviewed on a consistent basis, in order to ensure consumer expectations are met and hopefully succeeded. True DevOps teams will always focus on consumer needs as their top priority, and everything else will come second to this priority.

Embrace Failure and Teach Your Employees to Learn From it

Do not fear failure! Failure is simply an opportunity to learn and do better and improve next time. Fear of failure has killed many more dreams and innovation than actual failure ever will. In order to full embrace a DevOps culture, a business’ entire culture must change, including their attitude towards failure. In most brands and cultures, failure is frowned upon and seen as a negative thing. DevOps culture companies must instead cultivate a culture of ‘learning from mistakes’; where mistakes are simply seen as hurdles to learn from. Once this culture is implemented, it will eventually have a positive impact on the business’ organisational culture as a whole.

When employees feel ‘safe’ to make mistakes, they will actually produce better quality work in a shorter time frame. When mistakes are made, it is then crucial that managers choose to turn failures into instances to learn and grow. Workers that feel psychologically safe in their work environment will become better employees who create better work.

DevOps teams must be a united front. They are expected to take group responsibility, conduct seamless communication, and work together at every stage of the development and production process. In order to do this, they must be united. DevOps requires all employees to be somewhat involved in every phase of the product development life cycle, from planning and constructing, all the way to response and improvement. This requires a cross-trained team who is open to working with each other in a seamless way; where each employee is multi-skilled and works together in a united way.

Devops has grown in overall popularity in the business world because it is an effective business tool that stems from a culture shift. Its focus on continuous integration and continuous development has coupled with the business world’s recent acceptance of automation and robotic processes, known to streamline production. Stability, security, and speed have increased in the companies who have taken on DevOps as a principle and culture, and they have benefited strongly in productivity and profit from it.

Katherine Randell is a technology writer at UKWritings Reviews and Academic Writing Service. She enjoys writing about business developments and the technology world as a whole, including but not limited to DevOps. Also, she is a blogger at Boomessays. 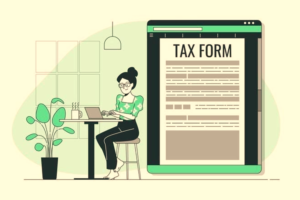 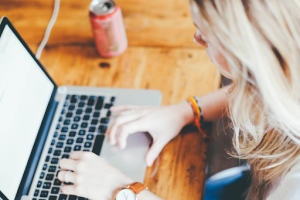