11 Best Places to Visit in Bangkok for Tourists

There are many beautiful tourist destinations and landmarks in Bangkok that you should not miss on your trip. From historical and cultural attractions to pristine temples, there is something for everyone in the city.

Top 11 Places in Bangkok for Tourists 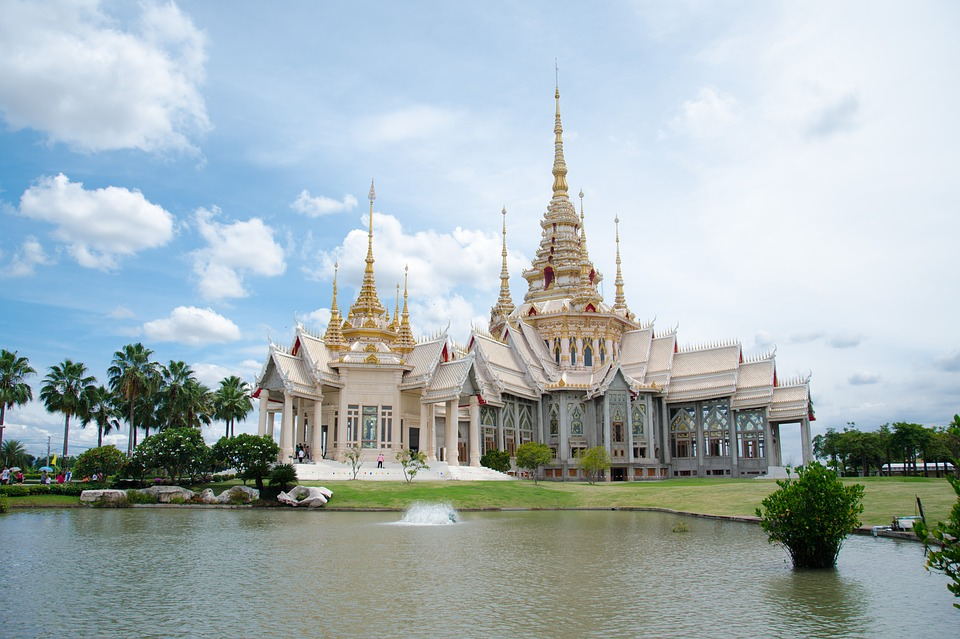 Wat Pho lies to the south of Bangkok’s Grand Palace campus and is a delightfully walkable destination. Built by King Rama I, the temple is the oldest in the city, considered a healing site and possessing an age-old pharmacy that is famous. It is also known as the first university in Thailand, which was established by King Rama III himself. If you’re up for it, a foot massage or Thai massage at the medical school here is par for the course! However, keep in mind that prices are slightly higher than what is charged by massage parlors dotting Bangkok. Wat Pho is also famous for its Temple of the Reclining Buddha.

You will be amazed to view the imposing statue of the Buddha which goes up to 15 metres in terms of height and measures 45 metres in terms of overall length. It is massive and you cannot view it entirely. While exploring the various sections, look out for the beautifully designed soles on the feet, which are adorned by precious stones as well. Also view the earlobes which are long, indicating noble parentage and birth and also the hand which showcases the lotus-bud design, indicating pure beauty. 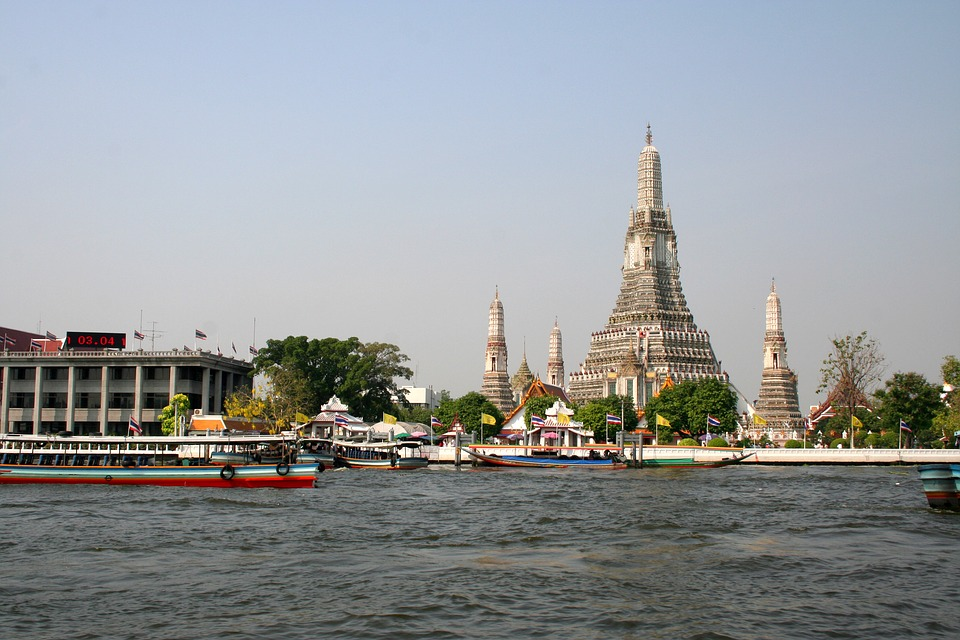 This is an ancient complex going back to the time when legendary battles were fought between Burma and Siam. Ayutthaya fell to the Burmese once, being destroyed completely. However, the survivors including General Taksin were committed to continue their march until the sun rose again and also for constructing a temple at the site. This temple became the Temple of the Dawn or Wat Arun. It is also the site where the newly-crowned King constructed a private prayer chapel and the royal palace itself.

You can experience a panoramic view of the Chao Praya River at sunset if you succeed in climbing all the way to the top. This is one destination where the sunset truly comes alive in unfathomable yet exciting ways! 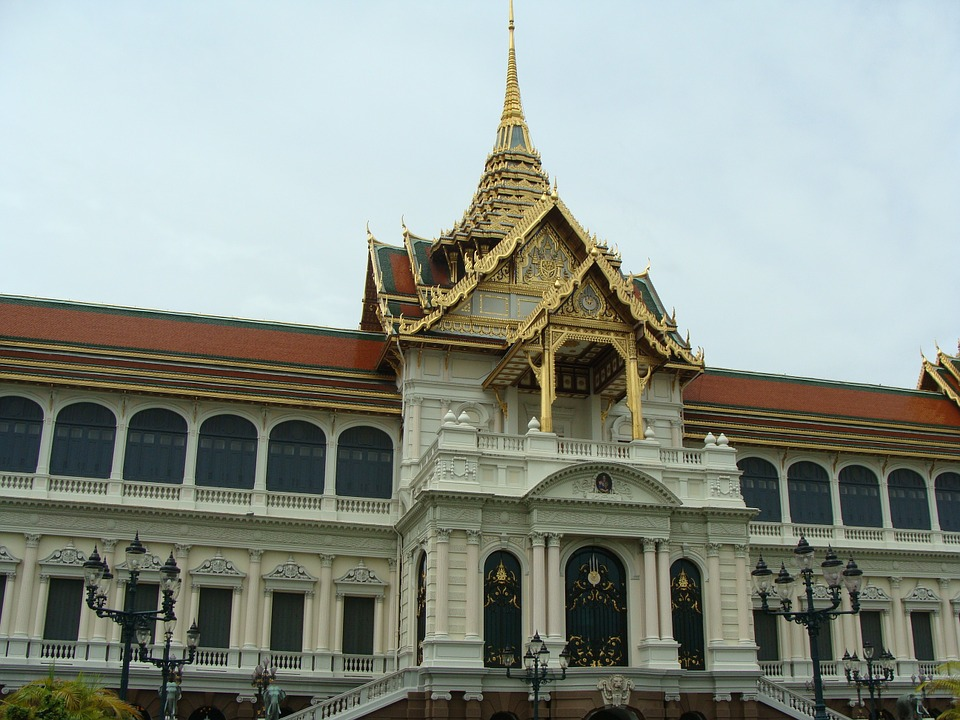 This is an unforgettable destination for tourists with history breathing in every corner. The royal palace precinct offers several aesthetically captivating buildings that stand out for their luxury and extravagance. The palace complex is also where you will come across the home of the Emerald or Jade Buddha, which is called Wat Phra Kaeo. The Grand Palace was constructed in the year 1782, serving as a residence for the royal family over several decades. It still hosts many ceremonies while also accommodating national luminaries and heads of other countries.

You should ideally wear modest clothing while visiting the monument. Make sure that your legs and arms are covered in this regard. You can combine Wat Phra Kaeo with the Grand Palace for an immersive look into the history and culture of Thailand. Choosing a tourist guide is recommended in order to avoid missing out on important nuggets of information and other finer nuances of the visit. 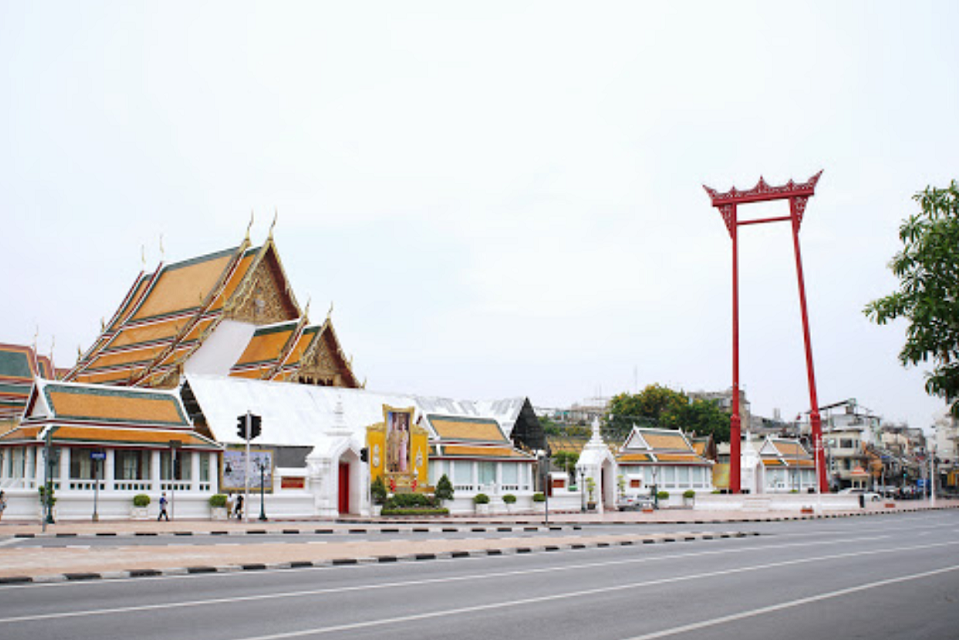 The Giant Swing is a popular tourist attraction bang in the middle of one of the city’s busiest public squares and facing Wat Suthat. The Giant Swing goes up to 27 metres and will instantly captivate you with its teak construction. It was built back in the 1700s for usage in traditional ceremonies by Hindu Brahmins although it was damaged later on due to lightning. It has eventually transformed into one of the city’s most popular tourist landmarks. It was also the site of previous religious ceremonies that took place in December each year after the harvesting of rice.

Three-member teams balanced precariously on the narrow plank while swinging 25 metres or higher above the ground till Heaven. This was the point where they would try to capture a bag filled with silver coins with their teeth. The contest was however banned in 1932 by King Rama VII owing to several accidents and fatalities. 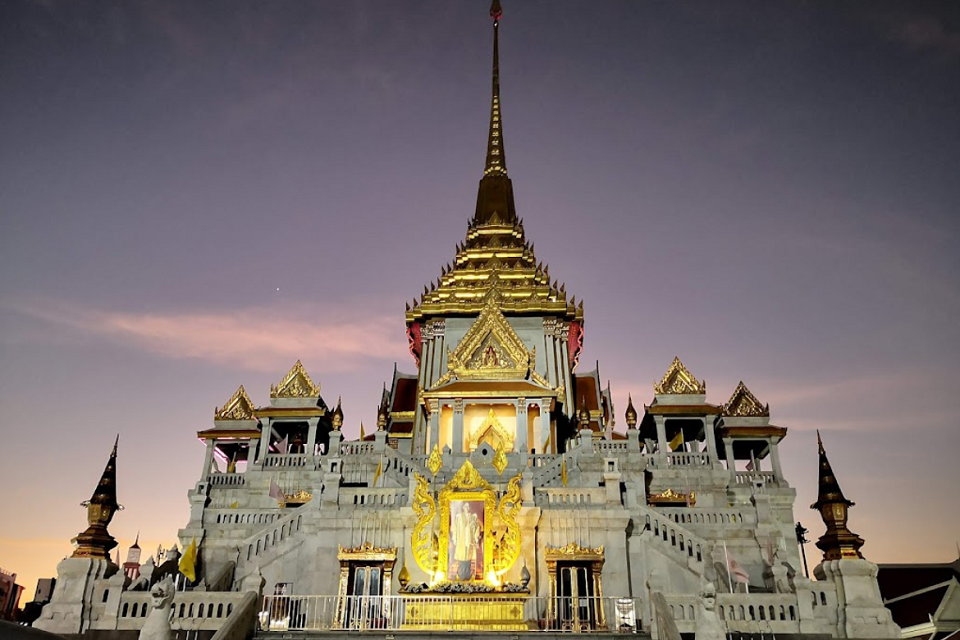 The Temple of the Golden Buddha or Wat Traimit is another Bangkok attraction that you should not miss! The East Asiatic Company bought the land surrounding this temple back in the 1950s. The sale came with a caveat, that the plaster Buddha statue had to be removed. However, it was too massive and hefty for the crane used for its removal. The cables gave way with the statue dropping to the ground. It was ultimately left where it fell overnight. It was the rainy season and a few monks were going past the site the following morning, when they saw a spark of gold through the plaster of the statue. Upon removal of the external coating, everyone was amazed to view the 3.5 meter statue of the Buddha that was built from 5.5 tons of pure gold.

No one has managed to successfully trace the actual origins of this invaluable Buddha statue though many historians feel that it goes back to the Sukhothai period, a time when the country was under attack from several invaders for its rich treasures. In this period, hiding priceless Buddha figurines and statues under plaster became a common affair. No historian has managed to clarify how this statue arrived in Bangkok although it stands proudly till date, attracting thousands of visitors every year.

Those who love history and culture will not want to miss the National Museum. This was the sole museum in Thailand till the 1970s, and possesses a fascinating and vast collection. Almost every exhibit has English and Thai labels alike, while guided tours are also available for tourists. The museum is the best place to get a close glimpse into the country’s chequered past and its evolution over centuries.

The museum grounds also contain the Wang Na Palace built by King Rama I. It remains untouched till date, showcasing the history of the country in full splendor. You will love viewing the collection of religious and other artifacts along with games, ceramics, musical instruments, weapons and the throne of the Viceroy along with a fabulous collection of beautiful Buddha figures across various eras and periods in the country’s history. 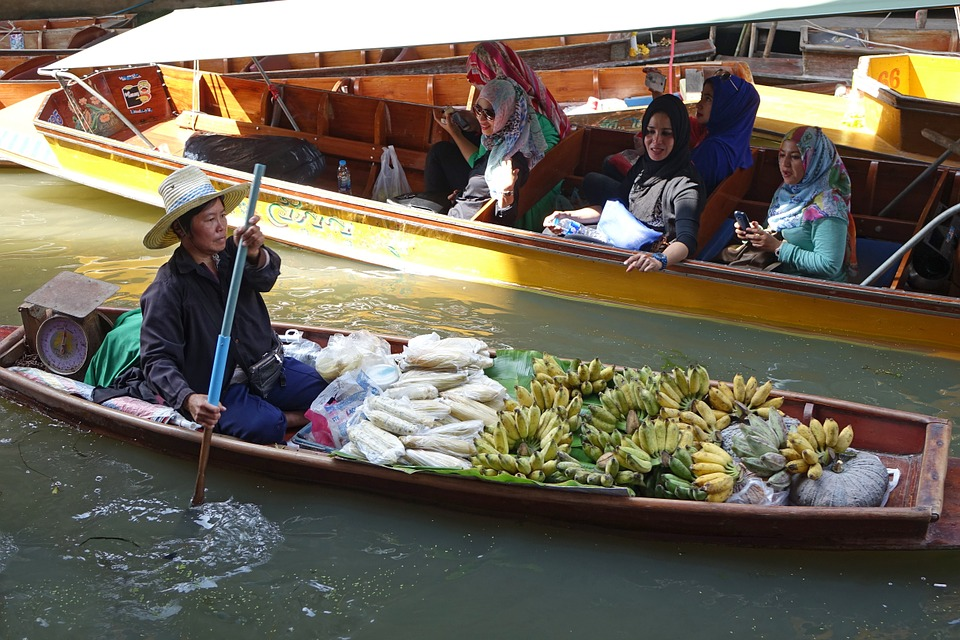 Your Bangkok trip will remain incomplete without checking out this innovative and popular Damnoen Saduak floating market. It lies roughly 1.5 hours outside the city in Ratchaburi. Bangkok is already known as the Venice of the East for its famous floating markets and this one will not disappoint you with its mélange of colours and diverse offerings.

You will enjoy the unique shopping experience by boat while feasting on delicious local cuisine and having a chat with the locals. You can take a Floating market cruise trip or tour from Bangkok which will take you a few hours. This is one authentic experience that you simply should not miss! 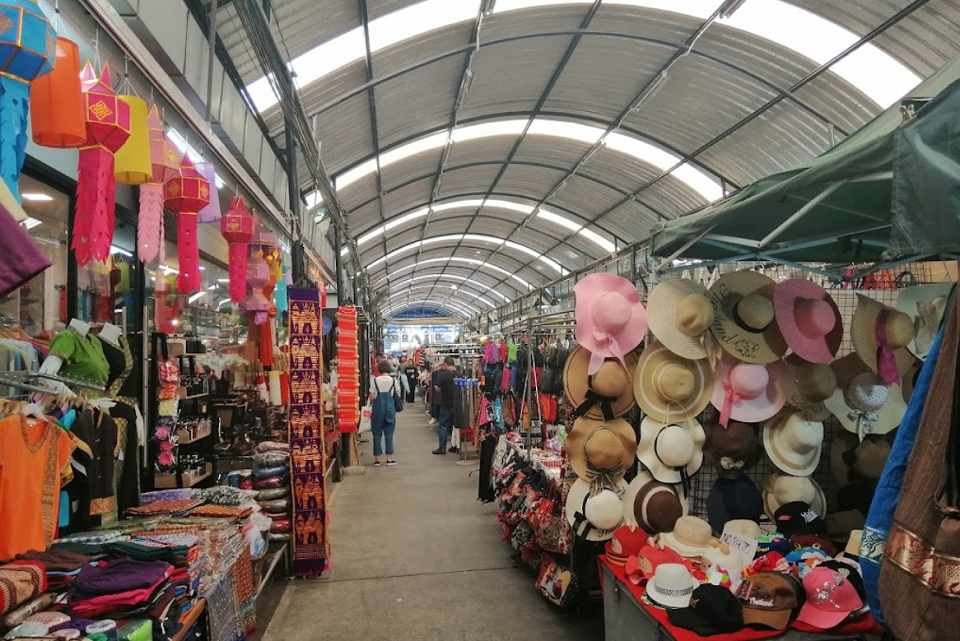 What is Bangkok without a heady dose of shopping? This is one of the biggest weekend markets in the whole world and sports an indoor-outdoor configuration with everything on offer from religious artifacts and jewellery to paper lamps, street food and more! The market has 15,000+ stalls offering everything you need at fabulous prices. You can also pick up interesting souvenirs here at cheaper rates.

You will love the charm of the historic market where you can feast on local cuisine, take in the sights, sounds and smells, and have invigorating conversations with the local residents. The market is right next to the Kamphaengpecth MRT Station and just 5 minutes away from the Mochit Skytrain BTS Station. The Suan Chatuchak Park MRT Station is also a short walk away. 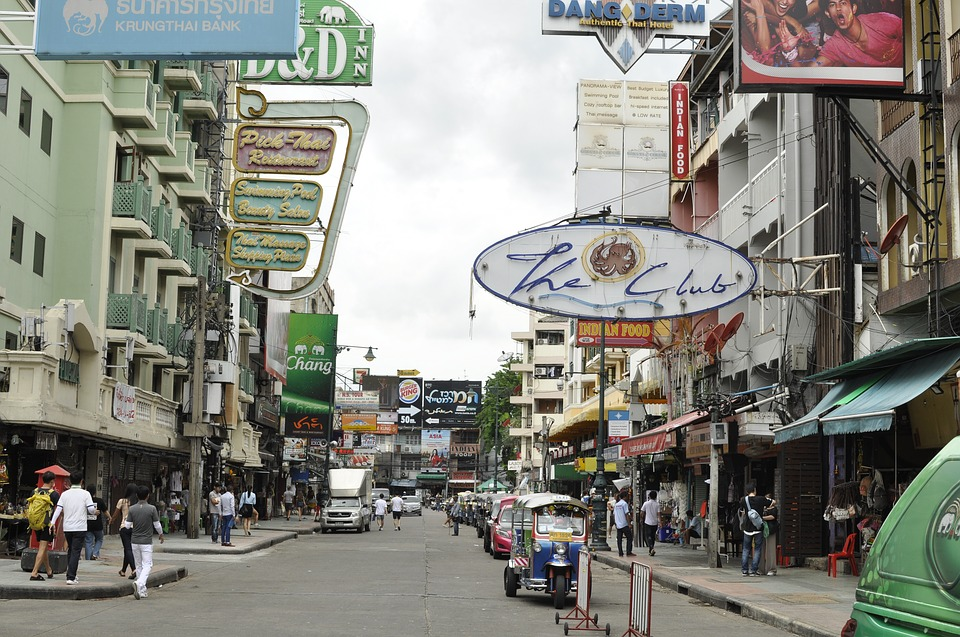 Khao San Road is known as a popular district for backpackers, bustling with locals, guesthouses, apparel stalls, street food joints and travellers from every conceivable country! You will love the vibrant feel in this place with the music floating everywhere and the jostling crowds. You can also snap up comfortable fisherman pants at affordable prices while also browsing through used bookstores and sampling tasty local cuisine from streetside restaurants. 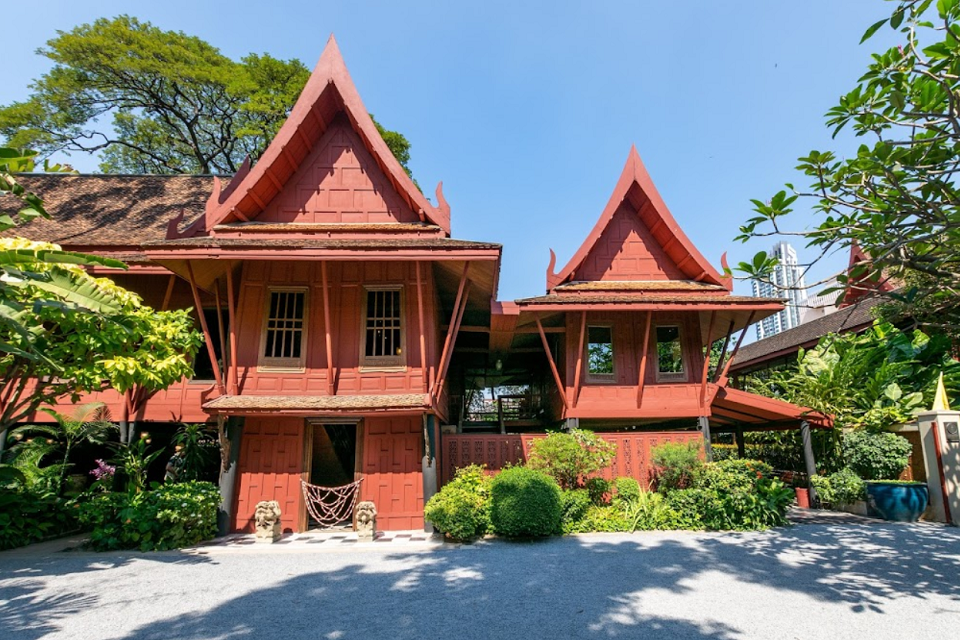 Jim Thompson House is named after a famous entrepreneur from America who vanished in Malaysia while travelling. He settled here in Thailand after his stint as a serviceman during WWII. He eventually became famous for his entrepreneurial pursuits in the silk industry of Thailand.

He also received the prestigious Order of the White Elephant for his contributions to the country. The home stands as a charming museum today, offering fascinating glimpses into Thompson’s life and business ventures. It is also a treasure trove for those interested in the history of Thailand’s silk industry. 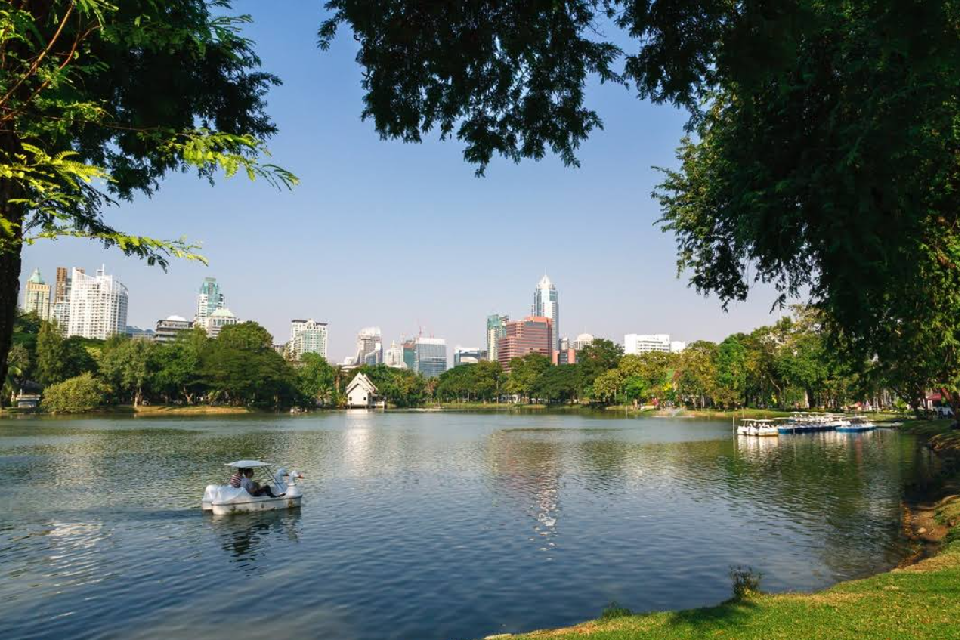 Lumpini Park is one of the must-visit destinations in Bangkok, offering an oasis of peace amidst the hustle and bustle of the city. You will love exploring the lush green lawns, boating on the lake and viewing the flora and fauna all around. Keep a lookout for Asian water monitors since they have been spotted numerous times here in the past!

These are the top 11 places in Bangkok that you should not miss on your trip. Plan your itinerary today!

https://www.thesqua.re
Yatin Kumar is a professional wordsmith with 4+ years of experience in Content writing and Editing in the travel industry. He possesses excellent skills in Creative Writing, Corporate Communication, Digital Marketing, Public Relations, Advertising and Management. His aim is to lead the path of growth and learn new ways to explore every possible talent.