If you are a developer or an app designer, you will want to make sure that you have the right tools to get your job done. In this article, we’ll look at eight of the best Android app development tools you can be using today and in the next few years. You’ll find out how they can improve your workflow, save you time, and help you make better apps. 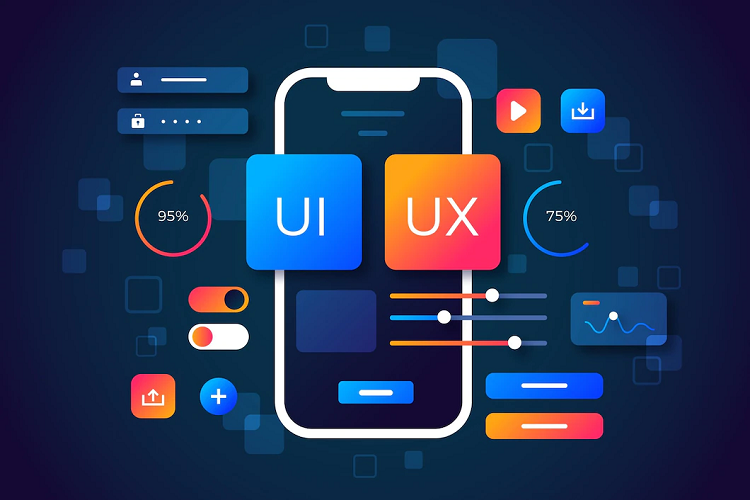 App development is often a complex and challenging process. To help you manage this challenge, we’ve put together a list of the best Android app development tools available today.

Eclipse is an Integrated Development Environment (IDE) that is used for a variety of purposes. Most notably, it is a great tool for Android application development. Whether you are a beginner or an experienced developer, it can help you get the job done faster and more efficiently. It also makes development easier by integrating various tools and technologies into a single interface.

This integrated development environment comes with a wide range of features, all of which are helpful in creating a robust and scalable Android app. These include an extensible plug-in system, an advanced codebase and a set of tools for building complex apps. Among them, is the ADT plugin which was developed specifically for Eclipse and offers GUI access to the command line SDK.

The ADT plugin was accompanied by an update in the form of visual refactoring utilities. Similarly, the Eclipse Refactoring menu for Android contains a number of labor saving tools. One of these is the Extract Style, which provides a shorthand method of copying style attributes.

Eclipse supports a large range of programming languages, including Java, C++, C#, Ruby, XML, Python, Fortran, and JavaScript. Furthermore, it is a flexible and lightweight platform, which makes it an ideal choice for both beginners and experienced developers alike.

Android Studio is one of the most popular software development tools for creating apps for the Android platform. With its powerful features, you can speed up your Android application development process. But it also has some downsides.

The software’s user interface is simple and intuitive. It allows you to customize your code, run tests, and fix errors.

However, Android Studio can become slow when the size of your project increases. Luckily, you can import full projects from sites like GitHub.

The software is free to download, but Google has its own set of requirements for using Android Studio. If you are trying to build an app, you’ll need to adhere to the Play Store developer content policy.

In addition to its official IDE, Google offers an emulator for the Android system. This allows you to test your applications on a variety of devices. You can also use a virtual device to test your apps’ performance on different platforms.

Another option is to use an all-in-one IDE. For example, RAD Studio enables you to develop cross-platform and native applications five times faster than the usual.

RAD Studio is one of the most expensive options. However, it also provides a 30-day free trial.

The Android Debug Bridge is a command-line interface tool. It allows you to connect an Android device to a PC for debugging and testing. You can run commands, install and uninstall applications, and more.

It’s easy to use and gives you great quality assurance for your app. The interface is designed in a way that makes it easier to find and correct errors.

In addition, it provides a comprehensive testing suite, including Real-time Profilers and APK Analyzer. These tools allow you to test your app on various devices and analyze how it performs.

Another tool is the Android Console, which simulates hardware events. This is useful for performing crash tests on your application.

Another popular tool is the Unity 3D application, which is used for creating high-definition games. Its natural structure creates a fun and interactive environment for users. The platform can be utilized to create games for multiple platforms, including Android, iOS, Windows, Linux, and more.

One of the best debugging tools for Android applications is Stetho. The tool enables your application to monitor network activity, as well as inspect the database, view the application hierarchy, and more. The software exports traces to HAR format, as well as respond assistance JSON.

The Android Native Development Kit allows users to build applications on the Android platform using native C++. This tool is great for building apps and is available for free. However, it is not suitable for every application.

There are other tools, such as Eclipse, which are more popular. Some of these are based on Java, while others are designed for other programming languages. These powerful tools accelerate the development process.

One of the most widely used Android IDEs is Android Studio. It is a free, open source IDE built by Google. It includes a variety of features, including an intelligent code editor, a layout editor, a real-time profiler, an APK analyzer, and much more.

Another IDE that can be helpful is IntelliJIDEA. This tool is written in Java and is beneficial for developing powerful Android applications. It provides smart code completion and duplicate code fragments, and it helps to differentiate between different types of code.

Another useful Android IDE is the Fabric tool. Fabric is a command line and kit-based tool that allows developers to manage AVDs, perform beta testing, and provide community support. With this tool, developers can reduce app development time.

Unity 3D is one of the most popular Android app development tools. It is a powerful game engine that creates high-definition games with a rich format. With Unity, you can create games for desktops, iOS, and Android. And if you want to publish your game on a store, you can do so without any extra cost.

Another good reason to use a tool like Unity is the user experience. The tool boasts many advanced features, such as physics and collision detection. As a result, you’ll be able to enjoy a smoother experience when you play your favorite games.

Aside from Unity, you might want to consider using Bolt Visual Studio, which provides a logic-oriented approach to creating logic for your application. This includes code completion, static code analysis, and code refactoring.

You can also opt for NimbleDroid, which is a great tool to test your Android app. This identifies potential crashes and tests various user flows.

However, the most important thing to consider is the security of your mobile app. If you’re creating an app that requires a user’s payment, you’ll want to make sure that it meets security standards.

One of the most important components of a good mobile app is the front end. For this, you’ll need a robust development platform that is scalable.

Headspin is a leading Digital Experience AI platform. It allows users to visualize their apps’ performance in real time. Using this tool, they can understand and resolve issues. This is useful if they want to improve their customer loyalty.

Headspin offers a wide variety of functionalities that you will not find with any other Android testing tool. For instance, they offer voice and audio messaging features. Also, they can provide you with essential device logs. They can also test DRM-protected content. In addition, they offer different types of geolocation testing. Lastly, they integrate with Selenium. You can test your app in the cloud, on-premises or both.

Headspin’s Android testing tool provides you with a visual representation of your performance. Moreover, they can detect high-priority issues so you can quickly resolve them. Additionally, they are compatible with thousands of devices, so you can test your app on a wide range of platforms.

One of the most popular features of this Android development tool is its built-in APK Analyzer. This is a great feature since it helps you see the full code without any hassle. Another helpful feature is the Android Virtual Device Manager. It allows you to install and run your apps on your computer.

Flutter is a mobile app development framework created by Google. It uses the Dart programming language and allows for the creation of high-performance, visually attractive apps. Flutter has a unique feature called “Hot Reload”, which allows developers to see the changes they made in the code immediately in the app, without the need of rebuilding it. Additionally, it has a large and active community, providing a wealth of resources and support for developers.

Ionic is an open-source framework for building cross-platform mobile apps using web technologies such as HTML, CSS, and JavaScript. It allows developers to create apps that run on iOS, Android, and the web, with a single codebase. Ionic also provides a wide range of pre-built UI components, making it easy to create visually appealing apps. Additionally, it has a large and active community, providing a wealth of resources and support for developers.

Firebase is a Backend-as-a-Service (BaaS) platform that provides a wide range of services for mobile app development. It offers features such as authentication, real-time databases, storage, and more. Firebase also has a large and active community, providing a wealth of resources and support for developers.

If you are planning to develop an Android app, then there are a number of different Android app development tools to consider. These tools help you make the process easier. However, picking the right one can be challenging. You need to evaluate various features to find the best tool for your needs.

In conclusion, these are the best Android app development tools that you should look out for in 2023. Each tool has its own unique features and advantages, and the choice of which one to use will depend on the specific needs of your project. But with the right tools, you can create high-quality, visually appealing and highly functional apps.

https://www.exodus.com
Elena Gardner is a tech enthusiast who working 6+ years in the industry with Fortune 500 Companies. Her interests include Blockchain, Bitcoin Wallets, and Web 3.0.