Deconstructing The Stereotypes About Black Gay Men In The Workforce

Openly black gay men are sailing against the tide of heteronormative paradigms to become a force worth reckoning in the employment sector. It is no longer a spectacle to see gay representation in offices, on the field, in politics, on our screens, and many remain behind the scenes.

One’s sexual orientation does not define talent and skill. A common misconception of the past decades. We now know better. Numerous endeavors are underway to seek the equitable representation of black gay men in employment. Moreover, there are hundreds of empowered black gay men who walk the entrepreneurial route.

Black gay Americans are finally getting representation in partitions of governance. The recent election saw two black gay men get seats in Congress. Mondaire Jones and Richie Torres were elected to mandate over New York’s 17th and 15th Districts, respectively. Both politicians are openly gay and have transcended stereotypes about gay men in politics. We anticipate seeing more black gay Americans vying in the next election.

The tech industry is steadily adopting LGBTQ diversity in the workplace. Even though the numbers are yet to level up, the future looks bright. In tech, people tend to have a don’t ask-don’t tell policy. But with increasing numbers of men willing to fly the pride flag in public, it is no longer offensive to consider a job applicant’s sexual orientation.

Before, the tech sector was flooded by white gay men. But now, the number of men of color in various technological fields is increasing. Changing policies in several states is sure to influence LGBTQ equality rights. The current government has abolished bans that encourage workplace discrimination based on sexual orientation or gender identity.

Hollywood is no longer wary of gay black men’s marketability in mainstream media. From the days of little-known actors like Raymond St. Jacques to famous stars of our age like Billy Porter and Jussie Smollet. Our screens depict openly gay screenwriters, playwrights, presenters, models, news anchors, and media personalities who are men of color.

We are not short on entrepreneurs either with trendsetters such as New York City-based media and digital influencer Emil Wilbekin. He is the founder of Native Son. An app that gives collective power to help elevate the voice of black gay men in America. He also features prominently across multiple media platforms in various capacities.

The ever hyper-masculine world of sports is embracing LGBTQ players as equals on the field. Goodbye to offensive comments and micro-aggressions dismissive of black gay men in sports. Shareholders and the public are learning to judge gay players by their performance rather than their sexual identity. Increasingly more professional athletes are coming out of the closet. NFL’s Ryan Russell and tennis player Jeremy Sonkin are some notable high-earners.

Traditionally, black gay men were considered to be less capable members of the workforce. But anecdotal evidence disputes this line of thought. Propelled by the recognition of LGBTQ rights in several states, we are beginning to envision less discrimination in employment and access to entrepreneurial opportunities. 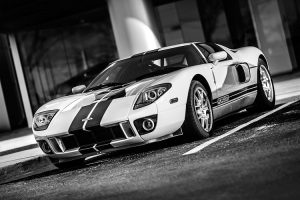 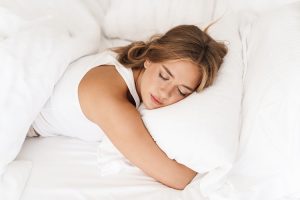