For time immemorial, hats have been part of men’s bodily accessories and have served many purposes that changed as generations came and went. Whether it be a status symbol, a method of self-expression, or even as a way of protection, men’s hats have played a significant role in telling their personality. And while the twenty-first century is called by some the hatless age, with many thinking that the baseball cap and modern hoods are but passing fads, they are as socially significant as the traditional hats of the past. Now, read on as we talk about the history as well as some men’s hats widely known by many today. 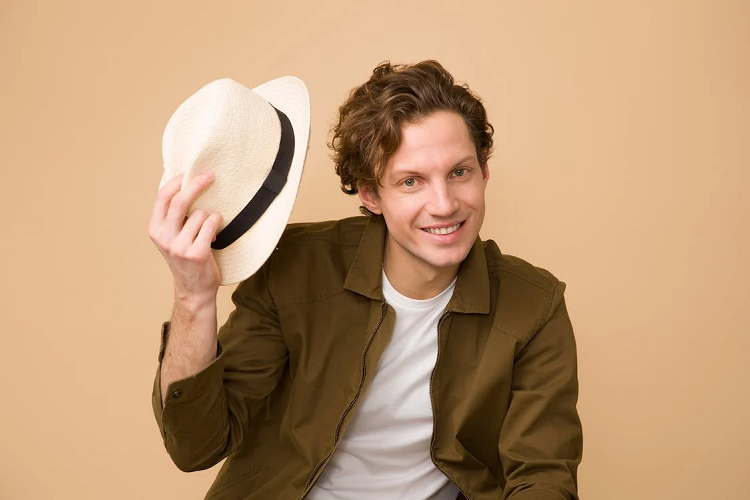 As with any fashion item, men’s hats have changed as time goes. For example, the ancient Romans wore no hats but displayed their status by wearing metal filets over their brows while Northern European tribesmen wore leather caps. During the Christian Era in Europe, faces were veiled by all kinds of hoods and beards until the French invasion came which paved the way for the linen coif, a close-fitting cap tied under the chin.

Then came the medieval age which saw pointed hoods and capes merged into gorgets (a hood and neckpiece) and coifs-de-maille (a metal chain-mail hood). Professionals, such as doctors, wore richly decorated round skullcaps while farmers wore the first hats which were brims made of straw or felt. And as men’s fashion transitioned from the tall and slim medieval silhouette into the short and stocky stature in the sixteenth century which was popularized by King Henry VIII, wide, flat berets complemented it. Swan feathers, ornamental brooches, gold plaques, and crests gave the look of prosperity.

During the Elizabethan era, hats worn by men were capotains, brims with high crowns, lavishly decorated with gold and silver braids, Vandyke lace, as well as plumes from the newly discovered Americas. All men over the age of six were also required by law to wear a hat.

It wasn’t until the start of the nineteenth century that a new era for men’s hats came in the Western world where it reached its peak at the turn of the twentieth century which saw no gentleman leave his home without wearing one.

It was at this time that top hats, bowlers, derbies, boaters, fedoras, panamas, and cloth caps were all created.

The panama hat, which was made using the finest jipijapas straw, was the summer hat for the modern man while the boater hat, which is derived from sailor’s hats, was well suited to the debonair informal style men favored at the turn of the century. The Stetson, on the other hand, is the most American of hats and is a cowboy’s most prized possession as it embodies the boldness and passion of the Wild West as seen in many movies. Lastly, the beret is one of the most widely worn military hats in the world being worn by revolutionary guerrillas and soldiers alike whatever their badge or color.