Get Your Voice Heard: From Local Politics to National Government

For many people, the idea of “government” starts and stops with the country’s leadership, whoever happens to be in charge at the time.

That concept, however, doesn’t go far enough to explain the real function government should serve: To represent the people, by a set of laws, in order to make society better. That’s why local politics are so important.

First and foremost, it’s important to know that your local government is actually governed by a separate entity than the national or state one. In most cases, it is overseen by either a city council or county commission; either way, their job is to preside over matters pertaining directly to their constituency.

As well as overseeing many of the day-to-day matters in your town (like zoning laws and parks), they also have a major influence on larger matters (like amendments to city charters). 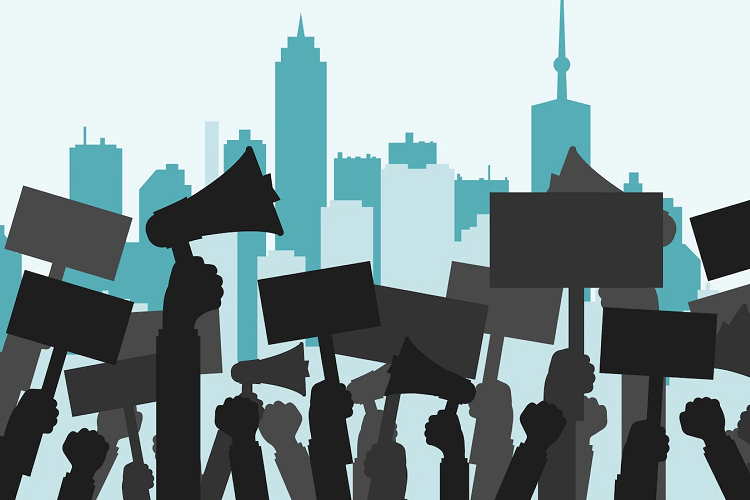 What is Local Government

Local governments are simply one of the many tiers of government that exist in our modern society. There are at least three different layers to our government: National (Washington), State (the state capital), and Local (your city or town).

The first two will have most people thinking the terms synonymous with federal or state, but the third is so commonly overlooked when discussing how a community works.

It’s easy to forget that all those little things you want to be fixed in your cities aren’t handled by some faceless entity out of town but rather by a group right here within your community.

That is why local elections are so important to pay attention to and fight for your place at the table.

What are the Pros and Cons of Local Elections?

Most people know about national elections, but the very thought of local politics just doesn’t occur to them. To most people, local politicians are all the same: They’re just there for a paycheck, not really interested in making a difference.

This couldn’t be further from the truth; though it’s hard to find someone truly dedicated to public service these days, you can find at least one good person who will care about your city.

The fact is that most cities aren’t run by career politicians; in fact, many of them have real-life careers somewhere other than politics and serve their city by default because they love it.

That’s not to say that everyone in local politics is doing it as a part-time job or that career politicians aren’t vital to our society.

Career politicians, for example, are experts in policy and have written the laws we all live by. They know what works and what doesn’t, and they’re in a better position to make improvements.

Most career politicians have some kind of background in political education. They may have done a degree like a masters in public policy and leadership, for example, to prepare themselves for a life of public service.

In contrast, many people in local politics simply have strong interests in their city’s issues and want to make a difference.

While they might lack the specific knowledge that comes with a career politician, they are usually just as vocal about the problems that need fixing.

The Different Levels of Local Government

In the United States, there are three different tiers of local government: Locality (cities and towns), county, and state. The state government is split into more local governments than any other level due to the size of a state.

State governments are in control of areas that pertain to everyone in the state, like public education, healthcare, and insurance.

There are many things you can do to get involved with your local government.

The first thing you should do is find out about all the different places where your city gathers to talk about its plans in the form of events, meetings, etc.

You should also get to know how your city is different from other cities in America, as well as the many issues you should pay attention to.

Most importantly, you should learn how to wield your political power and get your political voice heard by giving input on matters that directly affect your life.

This is a tough skill to acquire, but it’s one of the most important ones you can have. It’s important that people understand that local elections are just as important as national ones; after all, everyone has their voice heard in the end.

What is Political Voice?

A person’s political voice, also known as their opinion on an issue, is the tool they use to either aid or obstruct change. It’s important to remember that your opinion is just one of hundreds or thousands of others on a given subject.

The trick is finding out how to make it heard above all the others.

That’s a goal that will take some time and effort to accomplish, but the more you put into it now, the better off you’ll be in the future. It all starts with knowing how local politics really work.

What is Political Power?

Your “political power” as an individual is the ability to influence the outcome of a room filled with people who are trying to do the same thing.

When you’re at a meeting, you’re not just there for yourself; every person in that room has an opinion on this or that subject.

It’s your job to decide which opinion is the most important and why, and then use your political voice to get yourself heard over the others. When done right, you can have a real impact on how things turn out.

Why Should You Care?

Local politics is the least understood and most misunderstood aspect of American democracy. With the growing concern over national issues, local issues are being pushed to the back burner.

Most Americans simply do not understand how much their local government affects them on a daily basis; it’s something that should be taken seriously.

Political power can be boiled down to two things: Influence and authority.

How Can You Get Your Voice Heard in Politics?

It does take effort to get your voice heard in politics, and it would be disingenuous to say that it wasn’t incredibly frustrating at times. However, it is important to keep in mind that nobody starts out on the right foot in politics.

Instead of being discouraged, it’s a good idea to look at the process as an obstacle course. It may not be appealing to run through a course of mud and water, but you’ll definitely get a lot better at it if you take your time and give it your all.

Here are a few ways that you can get your voice heard in local government.

You’ll never get your voice heard unless you are willing to get involved! Show up to your city’s town meetings to learn more about what they’re doing, and let them know that you want to be involved.

This is how you can get involved with the community. The first step is the hardest; once you get there, it’ll be a lot easier to stay involved moving forward.

You can make a difference now by getting involved with your local government. City councils, school boards, and city commissions are all examples of local government that you can hold accountable to the people who vote for them.

If you’re feeling ambitious, running for one of these offices might be your way to have an impact as well.

Be Present at City Meetings and Events

Go to your local city council meetings and other events to watch how they operate. When you’re there, you’ll learn a lot about how your city works and why it’s important to keep things the way they are.

You’ll also get to contribute your thoughts on issues that are of importance to you. This is a great way to help city officials understand what people like you need from them, and it’s an excellent opportunity for you to meet new people who share your same interests.

It’s always good for business owners to go over their ideas with the city council so they can see if any new ordinances make sense. Attend these meetings and events of interest to you and pay close attention.

Have an Impact on your Community

Getting involved in the community is the best way to have an impact on your local government. It’s important to know your neighbors and get to know what kind of issues are important for them.

If you hear about a proposal being worked on, contact that individual and express your thoughts on how that particular situation could be improved. You can also attend local city council meetings or other events to get informed on the issues that matter to you and let the people who work there know this as well.

The best way to get your voice heard is through written correspondence with city officials. It’s important to know your city’s bylaws and who is responsible for what.

There are a number of government offices that will be able to help you with this, including the city clerk and other local officials who have oversight over the process at hand.

Attend Local Government Meetings, Meet your Council Members, and Support Them in Elections!

It’s extremely important to keep up with the local government on a regular basis. You don’t want to miss an opportunity to ask them questions about the things that are important to you.

Whether it’s at a city council meeting or in the mayor’s office, find out everything you can about how your city is operating.

Keep up with national issues so when they arise, you can take an informed stance on them. Read the newspapers and get up to speed on the issues that are going to be important in your community.

Then, talk to your local city officials about these issues and see what their opinions are. If you’re lucky enough to live near a politician, ask them about their stances as well. This is a great way for you to learn about national politics and make sure that your voice is heard in any way that you can.

If you have specific concerns about what’s happening at the national level, it’s important to pay attention to everything that happens from here on out.

As you can see, it is crucial to get involved in politics because it will truly make a difference in your community. Having a positive impact on your town or on national politics is what it takes to make a difference as an individual.

Getting involved in local politics is important because it will give you a chance to make sure that the policies that are being worked on are going to benefit you and other people like you.

You can have an impact by attending city council meetings, meeting your city council members, and asking them questions about the issues that matter most to you. Once these officials know what’s important to you, they’re going to do everything they can to make sure that your concerns get addressed.

It’s great being politically active because doing so will allow you to help improve your town in a way that only an individual can.