Skip to the content
Search
Lifestyle Technology 2 years ago

Data Scientist vs Software Engineer: Which One is Smart Choice?

There is an amazing misunderstanding between the term data scientist and software engineer in today’s tech staffing and recruitment world. From a data scientist’s perspective, this is mystifying. In general, we identify software engineers as one who utilizes the current level of programming knowledge that helps in dealing with data extraction, statistical analysis, building statistical models, cleaning, etc.

Undoubtedly software engineers have a broader scope with honed expertise in creating a scalable and functional software system that is used for external as well as internal use. Data scientists need to have a certain level of programming skills such as R, Python, and knowledge related to other programming languages, but everyone has to understand that data scientists don’t spend their time developing software. It’s just impossible to merge software engineers and data scientist skills and work.

Data Science and Software Engineer both need programming skills, but the primary difference is Data Science is all about gathering and data analyzing, whereas software engineers need to focus on app development, features, functionality for end-users. The average salary of a tech worker salary around the globe is $130K and around $146 US. (Source) 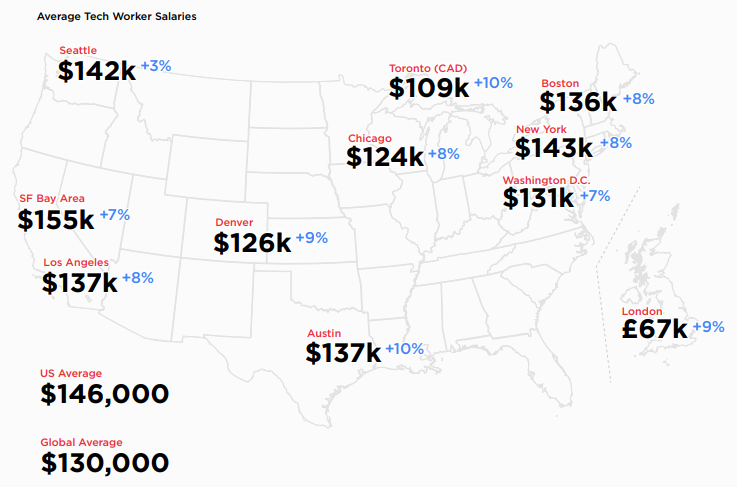 Data Scientist vs Software Engineer: Which One is More Promoting

Society is becoming more dependent and focused on modern technology these days. Now people rely more on algorithms and computer systems to manage their lives than ever before. These days, most global computer systems rely on data sets to assist users and function properly with their searches, whether they are looking for traffic information, news, Yelp recommendations, or any other things.

Change in Salary for Software Engineering and Data Science.

In most industrial sectors like financial institutions, retail, manufacturing, and most importantly, software development companies, software engineers code programs and software that have changed our lives completely. Software engineers are undoubtedly coding experts; they plan complex algorithms and identify complex systems and software with other developers and engineers to build and launch advanced solutions that help in addressing users’ needs. Software engineers typically spend their day on computers, work in offices, solving problems with a team of computer professionals.

Data scientists are those people who have expertise in programming and technologies. They design new things and experiments that involve data security, systems, storage,  management, and other aspects of big data manipulation. A data scientist might focus on improving query speed in data security and a large retail network for the federal government. Ultimately, data scientists also focus on working for other different industries such as financial development, food delivery, etc.

The BLS reports there were 32,700 computer and information research scientist jobs in the U.S. in 2019. The largest employer of data scientists was around 8,800 government jobs; this includes around 27.9%, followed by computer and related services systems and related 20% of services like engineering, scientific research in physical and life sciences (16%), software development (5%), and higher education (8%). (Source)

According to the report, the median annual wage of the data scientist. Around 10% earned $69,230 annually, and 10% earned approximately $183,820. The industry that gets the highest median salary was software developers with $140,220, followed by scientific research in life sciences around $128,570, physical, and engineering. Postsecondary education paid the lowest median annual salary of $82,660 during the same period.

The BLS forecasted that the data scientists’ market is expected to grow by 52oo between 2018 and 2028. The job market will experience around 16% of growth, which shows three times more growth than the number projected in national average job market growth during the same. The BLS expects a report showing that the computer systems design will grow by 42.9%, adding 2,800 of 5,200 jobs in most of the industries.

Both data scientists and software engineers are computer technology professionals who need special training to perform all their tasks efficiently. Individuals in computer and mobile app development fields belong to similar educational backgrounds, like a bachelor’s degree in data science. Many professionals also go to achieve advanced industrial certificates, degrees, or both to grab huge opportunities in the field. Data science and software engineer jobs exist across numerous industries. Some overlap, all this requires proprietary data management and software.

Undoubtedly data scientists and software engineers are computer science professionals with some similarities; they have some different roles. The difference can be seen when they work with data, the industries in which they tend to get employment, and other educational requirements that differ among them.

When it comes to working, software engineers might program and design software to store, manage, and analyze data, but it implies a very small part of their jobs. They might have expertise in programming video games, music streaming apps, audio streaming apps, advanced solution stack for ordering at a fast-food chain, new editing technology for film producers, etc.

On the other hand, data scientists work only with systems and programs which they design for protection, storage, and display large data sets. The work prioritizes designing and streaming ways to interpret and read data, helping companies and individuals make sense of the considerable amount of information they access.

While on the other hand, data scientists must have knowledge regarding how to design data software and programs, they can work for organizations that have systems in place. Mostly data scientists experiment with the data to new approaches or test potential improvements to distribution, production, and more. Data scientists are often employed by the research institutions, government, colleges, and software development companies.

Data scientists possess an advanced degree like masters in data science. During graduation, students expand on the things which they have learned in undergraduate courses; this completely depends on their understanding of the field and learning capabilities regarding math and programming at the core of data science.

In comparison, software engineers can start their careers with a bachelor’s degree; they just need the industrial certification that proves their ability to utilize and understand programming languages. It matters the most how they implement the learned concept helping to secure and make their career brighter than ever before.

Software Engineer vs Data Scientist: Which One to Choose?

Besides this, if you have the interest to dive into analysis and like to spend time working with data science and raw data, then becoming a data scientist can prove a more beneficial option. No matter whichever career option you choose to pursue, the right talent and undergraduate degree can help you get a good job. It might help you to start your career in the development field.

https://www.alphansotech.com
Gaurav Kanabar is the Founder and CEO of Alphanso Tech, an India based IT Consulting company that provides video streaming platform development service and other app development services to individuals as per their specified demand. Besides this, the founder also loves to deliver excellent niche helping readers to have deep insight into the topic.